Memoirs Inspired by the Wind!

Mrs. Fever has started another meme that will run through the summer. It’s based on memories but visit Feve and she will explain things far better than me. The first prompt is “wind”.

Several thoughts came to mind when I thought about the wind. Some that were based on weather while others that were more esoteric to me.

I used to do a lot of cycling. Twice while cycle camping I ran into the tail end of hurricanes. The first time I was in Nova Scotia near Cape Breton Island. I ended up staying in my two person tent for a couple of days. I was grateful that I had a very good four season tent from Moss. It held up fine despite the heavy winds.

The second time I was on the Iles de la Madeleines (Magdalen Islands). These are a group of islands that are part of Quebec and located in the Gulf of the St. Lawrence. You access these islands by one main method. You take a ferry from Souris PEI. You can also fly there in a small plane but that isn’t a common method at all. The ferry takes about five hours to make the journey and you are out of sight of land for most of that time. In effect, you are on the Atlantic Ocean. The ferry requires a reservation. It only travels twice each day and the number of cars it can carry is limited. A bonus for cyclists, bicycles will fit on without issue so no reservation is required!

I love these islands. They’re said to be the wind-surfing capital of Canada. The scenery is spectacular and the people friendly. It helps immensely if you can speak French but it isn’t necessary.

I was cycle camping with a couple of friends here and we were on Ile de la Grande Entrée (see map).  We were camping at a spot almost exactly where the red circle is on the map below.  We had to cycle back to Ile du Cap aux Meules to catch the ferry the next day. The holiday was drawing to a close and we had to make the ferry!  Work was calling. Some days before, a hurricane had hit the East Coast and the remnants were approaching us. Now the Magdalens are a windy place at the best of times. At this time, there weren’t many trees on the islands. Early settlers had cut them down for lumber and heat and the climate made tree growth difficult. They have been trying to build up the forested areas since and there may be many more trees now–I can’t say as it has been more than 25 years since I was there.

On that morning, we awoke to a very blustery day.  As we packed up the winds became ever stronger.  It was a miserable day and it was not going to be a pleasant ride.  Eventually we got on our loaded bikes and started out.  The ride would be about 60 km.  Normally this isn’t that long a ride, but this wasn’t going to be a normal day.  At the first hill we here riding down, I was instantly aware of the difficulties ahead.  I was unable to coast downhill.  The winds were so strong, that I had to peddle to move down the hill–and we were only moving at 13 km/hour!!  And so started one of the more unpleasant rides I’ve ever had.  We had driving rain hitting us in the face.  The temperature was far cooler than anyone would expect for a late summer’s day and the winds were diabolical.  We actually rode on the centre line of the highway.  The Magdalen’s didn’t tend to have much in the way of motorized traffic back then.  We rode for hours without seeing more than one vehicle.  It was necessary to ride on that middle line because of the wind gusts.  The underlying wind was strong, but every few minutes there would be a gust of wind and we would be pushed 8-10 feet to the right.  If we were on the right of the road, we’d have been pushed right off the road.  After a few hours, we had reached Ile du Havre aux Maisons.  There was a little store there and we paused to eat and refresh.  Then we remounted and continued on our way.  It was hard slogging and our pace was slower than any ride I’ve had both before or since.  But as each kilometre fell away, a sense of pride at what we were accomplishing took hold of us.  We started to joke about the weather.  Finally we reached Havre aux Maisons.  It was getting late in the day now and we only had a few km to go before we stopped for the night.  We had decided to stay in a hotel as camping in this weather seemed more effort and unpleasantness than it was worth. That plus the nearest campsite to the ferry was several km further away.  Ironically, a fellow passed us in his pickup.  He was one of maybe 3-4 vehicles that had passed us this day.  He stopped his truck and offered to carry us to Cap aux Meules.  Earlier in the day, I would have leapt at this opportunity, but now with only 3-4 km to go, we said thank you, and turned him down.  Then we proceeded on our way and registered at a hotel.  As I went to bed that night I was tired but proud of having beaten the wind.  It was nice to have a restaurant prepared meal, and to sleep in a bed rather than on the ground too!

Chastity notes… It is now 380 days since my last orgasm.  But there are signs that my Queen is beginning to miss my explosions!  So who knows what the future holds. lol! 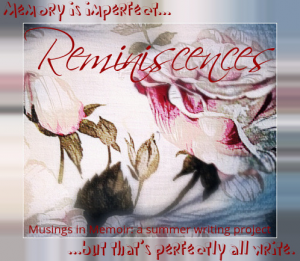